See what employees would earn under a different pay classification

Tanda's Wage Compare feature has been built to allow employers to compare two possible rates of pay. There are a number of use cases, however, the most common are listed below:

How do I configure Wage Compare in Tanda?

To enable Wage Compare in your account, navigate to Feature Management under Settings.

Once enabled, you will notice a new 'Wage Compare' tab under each employee profile.

To create a Wage Compare, click the plus (+) button.

A modal will appear on screen where you can configure the employee's comparison payroll configuration. This set up will be used later when you run the Wage Compare Report and will simply display the interpreted cost of employee's timesheet parallel to what they were paid via the configuration under the 'Payroll' tab on their profile.

Note: Setting up a Wage Compare will not impact the interpretation of timesheets that are sent to your payroll system.

For staff paid under an annualised salary, this set-up will typically be the Full-Time equivalent classification. 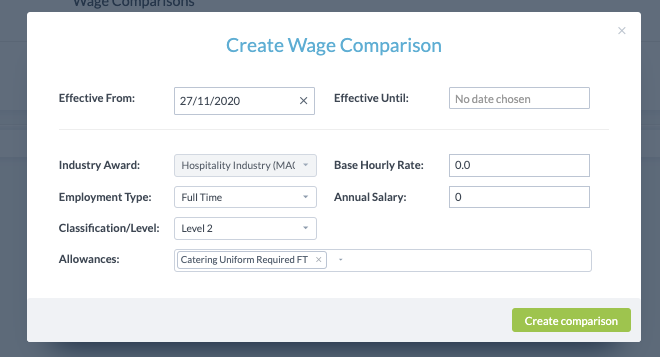 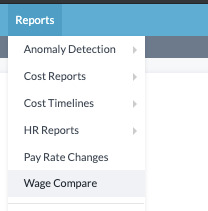 When you run the report, only employees with a Wage Comparison configured will appear. For the period filtered, you will be able to compare the Timesheet Cost (what is being paid) vs the Comparison Cost (Wage Compare Set up).

In the example above, we paid the employee a salary of $1,153.85 for the period selected, and under the equivalent Full-Time set-up, they would have earned $1,076.05. This suggests they were paid $77.79 more for the period under their annualised salary.

What if the employee was paid less than their annualised salary?

If your award/EA suggests an employee's pay must be 'topped-up' in the event that their annualised salary works out to be less than what they would have been paid under a Full-Time contract, you can follow these steps. 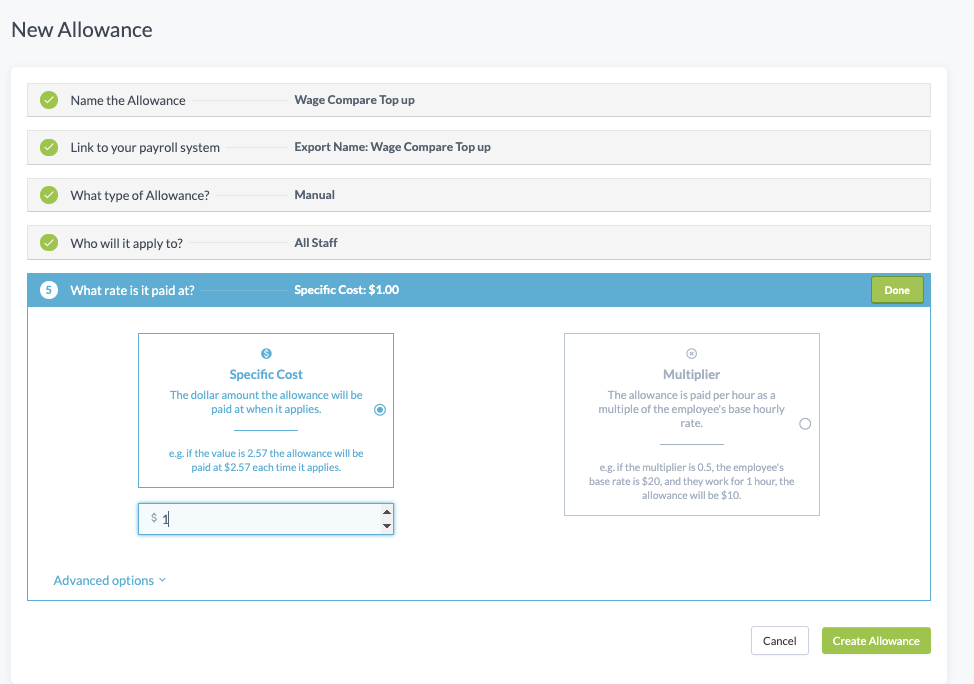 Once the allowance has been created, check the Wage Compare report to see which staff are currently being paid less than their compared cost (shown in red).

To add the allowance, head to the employee's timesheet. Unapprove the last shift in the timesheet, and click 'Add Allowance.' You can now enter the Cost Difference into the units field and then click save.

Did this answer your question?